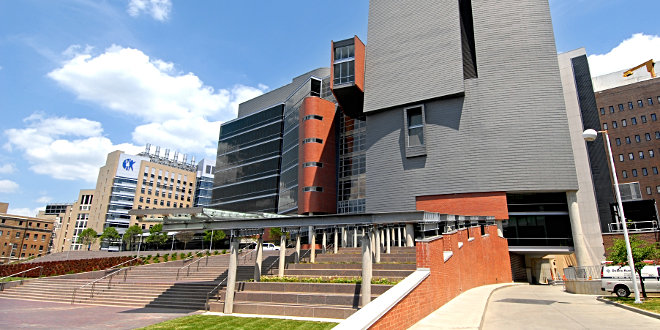 This is the first reciprocity agreement among multiple CTSA organizations in Ohio and encompasses eight legally separate Ohio institutions.

IRBs, a mainstay at institutions conducting human subject research, are the infrastructure used to protect research study participants. Until now, collaborations across participating institutions required redundant review at each individual institution—a multi-step process that could impede multicenter studies essential to developing new treatments and therapies to improve human health. Ohio’s three CTSA institutions are the vanguard of clinical and translational research and have taken the lead in eliminating such redundancy while ensuring the protection of human research participants.

The new cross-state IRB agreement expedites research by allowing all Ohio CTSA researchers to work from the same trial protocol. Ultimately, it will foster collaborative efforts among investigators, increase efficiency and reduce regulatory burden on researchers.

“Ohio researchers have come to understand we will get further faster by collaborating with one another. I’m thrilled that we can collectively start this process across the state,” said Pamela B. Davis, MD, PhD, dean of the School of Medicine and vice president for medical affairs, Case Western Reserve University. “The ability of eight separate institutions to work together is a tremendous example of statewide collaboration.”

This new statewide model is an evolution of the five-year-old inter-institutional IRB established at the Clinical and Translational Science Collaborative (CTSC) of Cleveland, which created a unified research network in Northeast Ohio. The implementation of the unified IRB showed immediate success by significantly reducing the facilitated review approval process from two and half months to only four days.

Based on this success, the CTSC of Cleveland, The Ohio State University Center for Clinical and Translational Science and the University of Cincinnati Center for Clinical and Translational Science and Training initiated discussions of developing this concept statewide and evolved it into a model whereby a single institution serves as the sole IRB for a multicenter project across the various participating Ohio sites. In addition to the three CTSA sites, partners in the agreement include: Cincinnati Children’s Hospital Medical Center, Cleveland Clinic, MetroHealth Medical Center, Nationwide Children’s Hospital, and University Hospitals Case Medical Center.

This adaptation in human subject protections removes considerable burdens from individual IRBs, sponsors and clinical investigators seeking to increase the knowledge that can be gained from multicenter trials.

“This new agreement has already facilitated research planning across Ohio,” said Thomas Boat, MD, vice president for health affairs and dean of the UC College of Medicine, referring to a partnership between investigators at UC and Case Western Reserve made possible by the new cross-CTSA IRB. Researchers involved will soon begin recruiting patients for a trial on hepatitis A and B vaccine responsiveness in patients with HIV, hepatitis C, or both. “This research partnership is a testament to the speed with which we can get things accomplished—and ultimately benefit patients—with the right processes in place.”

CTSAs were established by the National Institutes of Health to accelerate the process of conducting clinical research and translating it into therapies that benefit human health. Since 2007, Ohio’s three CTSAs have brought in more than $185 million in federal funding to the state.

“By combining the efforts of these research powerhouses, along with the support of the CTSAs, we will make Ohio a premier place for biomedical research and discovery,” said Charles Lockwood, MD, dean of The Ohio State University College of Medicine.