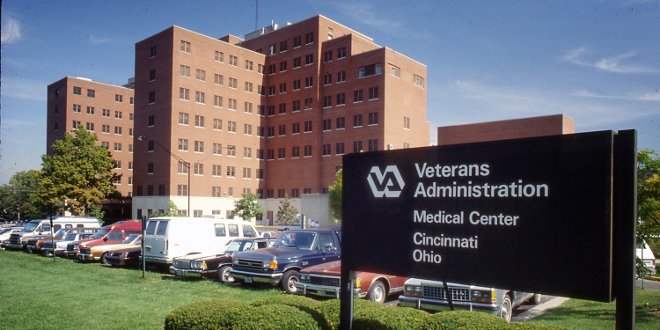 Researchers at the University of Cincinnati and Cincinnati Department of Veterans Affairs (VA) Medical Center have found that education and emotional support is necessary in treating veterans who have been diagnosed with chronic obstructive pulmonary disease (COPD)—a common disorder among this subgroup.

These findings were reported in the July 1 advance online edition of the journal Respiratory Medicine.

Led by UC internal medicine resident Aaron Mulhall, MD, and overseen by his mentor Ralph Panos, MD, professor in the division of pulmonary, critical care and sleep medicine, the study looked at veterans’ perceptions about COPD and the effect of this disease on their lives and health as well as what they might need to improve their health.

COPD refers to chronic bronchitis and emphysema, two commonly co-existing diseases of the lungs that cause airflow limitation. The condition gets worse over time and causes difficulty breathing, coughing that produces large amounts of mucus, wheezing, chest tightness and other symptoms.

Cigarette smoking is the leading cause of COPD. It can be medically managed, but there is no cure.

“COPD is currently the third major cause of death in the U.S., and roughly a third of veterans in the Cincinnati metropolitan area are affected by it,” Mulhall says. “We wanted to see how we could better support this group of patients to inform them about the condition and ways to care for themselves.”

Using a mailed form, researchers surveyed 1,000 patients who were identified as having COPD and who received care at the Cincinnati VA in 2008; 493 of the surveys—49 percent—were completed and returned.

“We found that COPD had different effects on respondents depending on the highest and lowest COPD-related cost,” says Mulhall, adding that those with a high cost for treatment struggled with knowledge of their diagnosis, change of living arrangements, an increased need for help, an increase in fear, helplessness and activities affected by their breathing. “Ninety-one percent of veterans surveyed were prescribed inhalers, and one quarter had difficulties using them; 25 percent of veterans did nothing when they had worsening symptoms.

“These results clearly show that COPD has profound effects on veterans’ breathing-related activities and generates many negative emotions. Primary care providers are critical in conveying the diagnosis of COPD and providing information about the disease and its management in order to help veterans adhere to their medications and improve their quality of life. Future studies with larger sample groups are needed to confirm these findings.”

Funding for this study was provided in part by an investigator-initiated grant from Novartis. Mulhall also received methodological support from UC’s Center for Clinical and Translational Science and Training (CCTST). CCTST is the academic home of the university’s institutional Clinical and Translational Science Award from the National Institutes of Health.

Mulhall cites no conflict of interest.